Camp Fire is the Deadliest & Most Destructive in State History 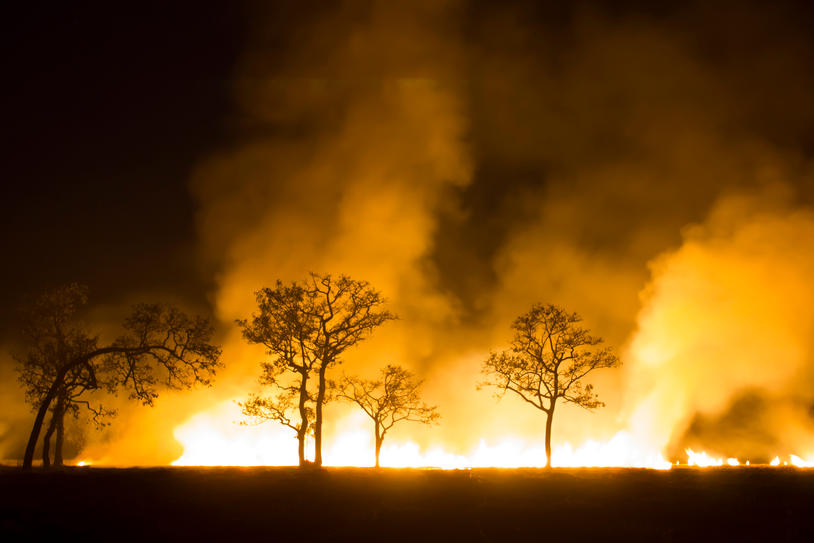 On November 8, 2018, the Camp Fire broke out in Butte County, devastating the town of Paradise, California. Later that day, both the Woolsey Fire and Hill Fire forced hundreds of thousands from their homes in Ventura and Los Angeles Counties, just shortly after a gunman took the lives of 12 at a nearby country music bar.

Fueled by low humidity and strong winds, these fires come at the tail end of what will likely be the most destructive fire seasons on record, claiming dozens of lives, thousands of homes, and hundreds of commercial buildings.

According to the California Department of Forestry and Fire Protection (CAL Fire), there have been 7,485 fires in 2018 that have burned a combined 1.6 million acres. The most notable of which prior to this past month was the Mendocino Complex Fire, which started in July 2018 and burned more than 410,000 acres. It surpassed the Thomas Fire of 2017 to become the largest wildfire in state history.

To put the most recent fires in context, researchers at Lattice Publishing analyzed historical fire records from CAL FIRE dating back to 1932. The data shows that California is experiencing a trend towards larger and more destructive fires than at any other time in recorded history, which experts attribute to a combination of factors including a warmer and drier climate.

The Camp Fire, which is now among the largest by total acres burned, is both the deadliest and most destructive wildfire in state history. As of November 28, 2018, the Camp Fire has claimed 88 lives, destroyed over 18,000 structures, and burned 153,336 acres of land. With the help of recent rainfall, containment is now at 100 percent, although more than 100 people are still missing.

Below is a look at California’s worst fires since 1932 by loss of life, structures destroyed, and total size.

Data is from the California Department of Forestry and Fire Protection (CAL FIRE) and covers the time period 1932 to present. Fires with the same death count are listed by date. CAL FIRE defines “structures” as homes, outbuildings (barns, garages, sheds, etc.) and commercial properties that were destroyed. The data is current as of November 28, 2018. Visit CAL Fire for the most up-to-date information on the Camp Fire.